Nice to meet you guys. I’m Sergey from Warcry.ru — Russian fan site. My first question will be for Josh Mosqueira. First of all congratulations on your new position of game director. Can you tell us more about this game director position? What responsibilities do you have? Do you take part in game design or just make major decisions?

JM (Josh Mosqueira): First of all, thanks. What's my responsibilities as the game director are... The first part and the most important one, is working with the team of the game designers — Kevin, Travis here. And also on a day-to-day basis to make sure we are marching along the right path and are making all the right decisions while developing Diablo III.

What are the challenges you face developing Diablo III, and how do you manage them?

KM (Kevin Martens): Developing Diablo III I think had two major challenges. It’s all about making a sequel for Diablo II. Diablo I and II were like towering achievements. They were legendary games by the time Diablo III came out. The one challenge was to build up to the reputations of these games and make something that spells a lot like Diablo but — and this is the second challenge — it had to be its own game. We can’t just make Diablo II again. We can’t just make the same one with more modern arts, look and different story. We wanted to push the boundaries of the series and make something new and otherwise still feeling old school and comfortable a little bit. So it’s a pretty interesting process and I think we are proud of the game we made and all the improvements we made as well.

What have you learned while developing Diablo III for consoles?

JM: The big question when we started was “can we make it even possible to transfer the Diablo experience from mouse and keyboard to controller?” And almost from the very first day we began writing on console and controller the answer was 'yes', and I think that really stays effective. At its heart — if you strip away the items — the heart of the Diablo III for gamers is robust and really fun combat model, it really feels as an action game.

Will there be cross-play between any console versions of Diablo III? PS3-PS4? Xbox 360-Xbox One?

JM: So I think it’s a really good question and that is something that we are still discussing. At the moment right now our focus for development has been making sure that we get PlayStation 3 and XBox 360 versions to come out.

It looks like that Blizzard's partnership with Sony is closer that with Microsoft. Why did you choose Sony as your main console partner?

JM: They are both very supportive and great partners to work with, but very specifically and especially in Europe Sony has really that great connection with the community, they even call it PlayStation Nation. We think that’s a lot similar to Blizzard’s Battle.net community. And it’s a good partnership. They really understood what we're trying to do. They were super-supportive from day one. But we are making sure that XBox 360 gets the same amount of love and the games don’t really diverse from one another.

Have you ever considered making Diablo III for mobile platforms, for example for PS Vita?

JM: That's something that Sony would love. But I think that for us the real magic of playing Diablo on console is having a big TV screen and sitting on a couch. At the moment we are really focused on that experience.

JM: A really good question. The game is somewhat different from PC to console. We really wanted players to be able (if they never connected their consoles to the internet) to go from level 1 to level 60, all the way to Inferno. They should find all the great items just by themselves. We set a lot of tweaks to drop rates, to calculations on the types of items that gonna be rolled for the players, just to make sure that by yourself you’ll be able to progress through Normal, Nightmare, Hell, Inferno and be able to beat Diablo on highest difficulty.

KM: You know I’d like to add that at PC end of things a lot of players at the office and in community are playing what they call 'self-found mode'. People are getting to Inferno not having significant difficulties. And they are finding more fun in many cases to find gear by themselves to survive.

JM: On a console as on PC there’ll also be vendors and artisans. They also help to compensate the fact people won't have auction house. We also made some tweaks to item drops, to vendors and to the level of monsters.

If I got it right, your main focus in Diablo III development now is itemization revamp. What else do you work on currently?

TD (Travis Day): We work on the items, and there’s certainly a lot of work for enhancing the general feel of them and to make them more rewarding in a lot of different ways. A lot of our focus is just on what makes Diablo a great game that players can play on and on for years to come. A lot of focus on how to make the game as replayable as possible and feel fresh the entire time. There’s a lot of focus on that in addition to making the core gameplay — killing monsters — feel good.

KM: Yeah we continue to focus on specialization and co-op gameplay as well. We feel that Diablo is very fun in the co-op game and we want to support as much co-op play as we can. Other things we pay attention to. And actually we have plans for the future we have to be quiet about. (Questions about Diablo III expansion were mercilessly dodged — Warcry.ru)

Maybe you can tell me something about future medium of major class changes?

JM: That is definitely something that we are working on. So the game for now definitely got a good path on what worked and what didn't. We have a lot of ideas, some things that we want to do. For example the barbarian class does not really work what we wanted it to work. Players recently prefer one particular playstyle. Well that's fine if people enjoy it, but players' builds can be more diverse if they have more options at their disposal. So while we don’t dislike the things that some of the classes turned into, we think we can make it better by presenting players more choice and more options that are viable at the same degree.

Are you going to implement groups or clans in Diablo III as in StarCraft II?

JM: This is a feature that’s been brought up few times and requested before and it is actually something that we are really interested in. So we had been discussing it. I said earlier that we were trying to focus on console features and getting people play the game more. And that is the possible angle for that. So we have been looking at the StarCraft II system and seeing if this is the appropriate version of that for us. Nothing like this coming right away, but certainly it is something we’re looking into.

There were several systems that you cancelled during beta (or later) such as companions, mystic and PvP arenas. Are they indefinitely postponed or you revisit them from time to time?

JM: Mystic is something that we removed from Diablo III. The system with mystic that we had was already better done by the blacksmith. And so we took her out because we wanted to find something that was worthy and different, and bringing her back is something we are interested for sure. So the mystic is someone we’d like to find a way to get back in game. Also we’re interested in systems like transmog or other abilities for people to customize their characters further.

Certainly all systems can use adjustments. The games are living things. Games that people play a lot have different stuff that we can always learn about. We monitor them very closely, we play a lot ourselves, so we do have a lot of ideas. I’m not sure about revamping stuff anymore, but the new things and finding ways to make all the existing systems more replayable is something we’re focused on. How do we make them more fun for longer, that’s the sort of discusses we have.

Is it possible that we see one day Diablo Trading Card Game?

JM: That’s a really cool question. I’d like to say “yes”, but who knows, right?

Have you ever considered making Diablo movie as a Warcraft one?

JM: I’d like to see if we get that World of Warcraft movie first before we talk about another one.

So you want to see first how the first one goes?

JM: Well that’s definitely not ours decision. (smile) The videogame movies have a very mixed history. To be honest without being specific most of them aren’t very good.

KM: Are there good ones?

JM: Some of them are expected for sure. Like any other media the movies for Blizzard products are just auxiliary. Our primary focus is always the game. We are not a movie-making company. We have all those movies in our games, but all that movies exist to make our games better. So we’re a videogame company, we want to focus on making the games the best we can. If we can make a movie that adds to the game and expands the world, and expands the audience to get people back to our products we would. But taking into account all the quality needed and taking the time to make something awesome, that would be difficult to do. You know what’s happening to World of Warcraft movie, they have to make sure all the best elements come in a row. It won't be good if it ends up like just an action movie or something like that, right? It has to be something that’s kinda special.

We feel like focusing on making the best game we can is the best thing we can do as a development team. If we make something worthy and make some very good film-makers anxious to make that film then we’ve done our job.

JM: There's no one qualified in this room to answer that question. Again we focus on making Diablo III the best. That would be an initiative beyond the Diablo team to do that. Next time you have Rob Pardo ask him.

Okay, I’ll wait for that. (smile) We as gamers love game comics very much. We loved previous Diablo comics series. Is it possible we see more comics based on Diablo?

JM: The previous answer is that our focus is the game. But we have some very talented and creative people. They are trying to find new medium for the games existing. I guess as long as it’s cool we want to see more of what’s cool. What I liked about the last Diablo comic is that it was telling a story that wouldn't have worked in Diablo III world and in our game framework. As far as I know that side project did very well. We can tell stories that aren’t right for the taste of that Diablo has. And I think that’s really good for filling up world and making the world of Sanctuary feel more real. So yeah we definitely have more stories to tell, there are more stories that don’t necessarily fit the game's speed of play. But hopefully some other people at Blizzard will keep eye on such things while we are focused on making the game itself feel better.

Thank you very much!

Interview was taken by kapxapot. 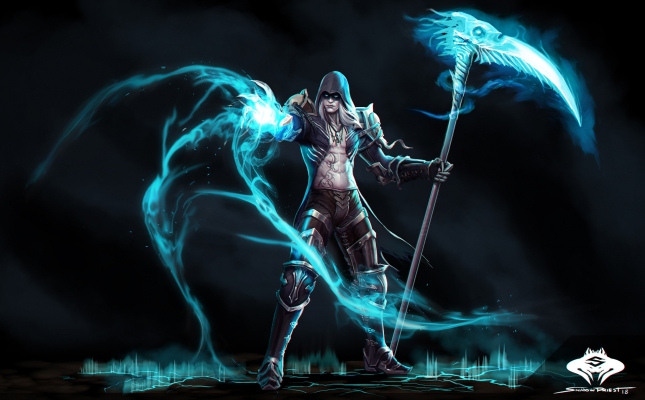 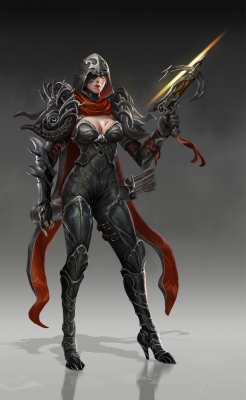 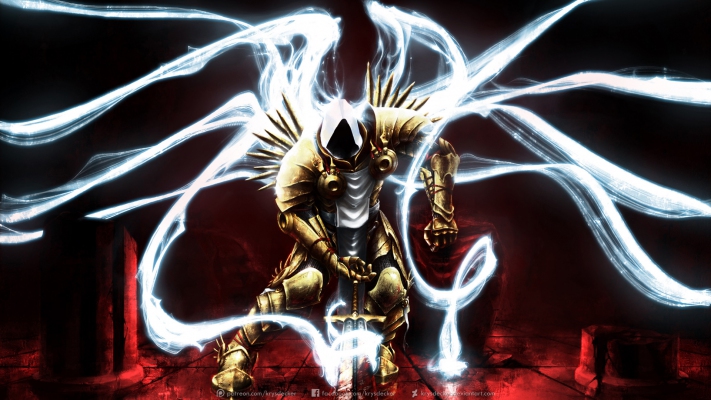